Space Force is our latest hope for good television. We know our days are numbered. Production is limited due to the pandemic. People are consuming entertainment at higher rates than ever. We’re running out!

That’s why every new series that premieres gives everyone out there the highest hopes that this will be the series that will make us cry, keep us laughing, distract us from our lives. And according to Netflix’s trailer for Space Force, we were ready for it to come in the form of Steve Carell as the general of the newest brand of the armed services.

How the Trailer Steered Us Wrong

You’ve been through the scenario a million times. You watch a trailer for a TV show or movie, you turn towards your viewing compadre and quietly exclaim, “that looks good!” Only to find out when you actually view said TV or movie that the best parts were revealed in the trailer.

That’s not entirely true with Space Force. The problem is that the trailer showed us the funniest parts and led us to believe this was a sitcom.

It is most definitely NOT a sitcom. It’s that much maligned word – a dramedy.

What Space Force is Really About

Steve Carell stars as General Mark Naird, a not-quite-ballsy-enough general who gets appointed to run the newest brand of the U.S. Armed Forces, Space Force.

Sound familiar? Every day citizens might remember that it was Donald Trump who created an actual Space Force back in December 2019. And this show is really “ripped from the headlines.”

Fun fact: Some are saying that President Trump failed to secure the rights to the term Space Force before Netflix.

What Works in Space Force

It’s a politically charged show, but in a non-partisan way. They refer to POTUS and FLOTUS and the interactions are only thinly veiled versions of the Trumps. But you’ll also see thinly veiled characters represented Nancy Pelosi, AOC, and some old white guy that could be any number of politicians.

What Doesn’t Work in Space Force

This is NOT Michael Scott goes to space and I’m guessing that’s what people were either looking for or expecting. This is not a half hour sitcom. It’s that dreaded word, dramedy.

That, in and of itself, doesn’t make it from being a spectacular show. It’s that the show doesn’t quite know what it is.

You have complete caricatures from the heads of the Armed Forces (played humorously by Jane Lynch, Patrick Warburton, and Noah Emmerich, among others) to the media guru called F*ck Tony to the politicians mentioned above.

And then you have characters that provide comic relief, like the lovable one star general, Brad Gregory, played by Don Lake. Or the mild-mannered Dr. Chan Kaifang, played by Jimmy O. Yang.

Steve Carell, using his gruff voice to let us know he’s a military man, plays the dim-witted but caring General Mark Naird, a family man with his wife Maggie, played by Lisa Kudrow, and daughter Erin, played by Diana Silvers. His daughter is meant to be a moody teen but she’s just nasty and miserable.

And therein lies the biggest issue with this show.

NOBODY ON THIS SHOW IS LIKABLE.

Nobody. There isn’t a single protagonist. You could argue that Steve Carell is doing his best to carry the show (especially since he is co-Executive Producer) but his number two, Dr. Adrian Mallory, is played by an excruciatingly ornery and uppity John Malkovich. A true example of miscasting if I’ve ever seen one.

Will there be a Season 2 of Space Force?

The better question is do we need a season 2 or do we even want a season 2? By the end of the season, the characters started to show a little more dimension. The storyline got a touch more interesting and the satire became a little more obvious.

I didn’t hate the show. It just has a lot of room for improvement. America, however, must not have agreed with me. It held the number one spot on Netflix for a solid week. 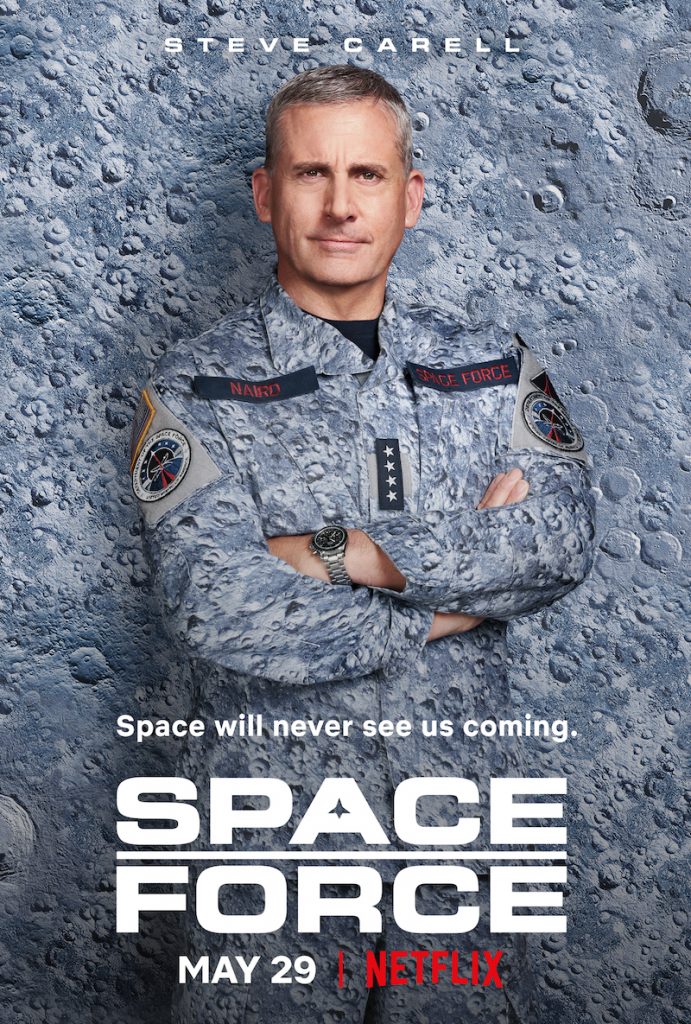