Ready for Marvel Phase 4? The big news out of San Diego Comic Con today is the reveal of all the Marvel movies and TV shows slated to debut in the next couple years. Here’s the rundown:

Black Widow: May 1, 2020. Starring Scarlett Johansson. The villain is Taskmaster and this movie will take place after the events of Captain America: Civil War.

The Eternals: November 6, 2020. Starring Angelina Jolie and Richard Madden. The Eternals are a race of immortal aliens sent to earth by the Celestials to protect mankind from the Deviants.

Shang-Chi and the Legend of the Ten Rings: February 12, 2021. Starring Simu Liu and Tony Leung. Awkafina has also been cast in this movie.

Doctor Strange and the Multiverse of Madness: May 7, 2021. It was announced that this will be the first “scary” MCU film. It will star Benedict Cumberbatch and the villain will be Nightmare. Elizabeth Olsen will also star as Scarlet Witch/Wanda in this film, which will tie into the WandaVision series.

Loki: Series streaming on Disney+ Spring 2021. This series will follow Loki’s whereabouts after he took the Tesseract and disappeared in Avengers: Endgame.

What If… ?: Series streaming on Disney+ Summer 2021. Marvel’s first animated series will explore “what if” pivotal Marvel plots took a different turn. Jeffrey Wright will play “The Watcher,” a being who observes all things and acts as the narrator for the series. Tons of MCU stars will voice their roles in this series, such as Sebastian Stan, Josh Brolin, Mark Ruffalo, Tom Hiddleston, Samuel L. Jackson, Chris Hemsworth, Chadwick Boseman, Karen Gillan, Paul Rudd, and more.

Hawkeye: Series streaming on Disney+ Fall 2021. Starring Jeremy Renner. The series will focus on “young Avenger” Kate Bishop as she takes on the Hawkeye role.

Marvel Rumors and In Development

Feige ran out of time in the panel to discuss more, but it was mentioned briefly that Guardians of the Galaxy Vol 3, Black Panther II, Captain Marvel 2, and a Blade TV show (starring the awesome Mahershala Ali!) are all in development.

It was also confirmed that Fantastic Four (rumored to star Chris Evans) and X-Men films will be made. No details yet, but they will be coming!

The rumors are flying on Twitter. It’s been said that GOTG3 will be called Asgardians of the Galaxy. It’s been done in the comics and I’m so down with it. I even heard rumors that Drake and Keanu Reeves will be in this film. There was also mention of Kamala Kahn & Nova movies being in development.

Stay tuned for more info as we get it! 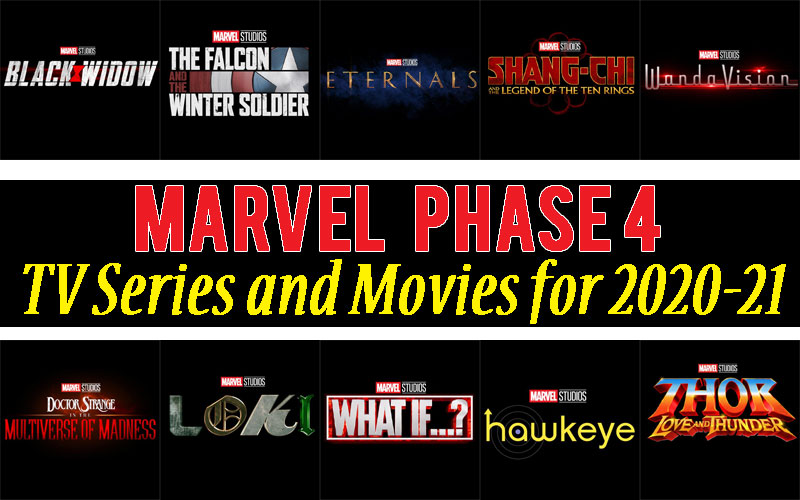 We Want to Hear From YOU!

Leave a message on our voicemail! We want to hear your feedback and ideas for future podcasts. We might even play your comment on our next podcast. Give us a call at 315-STING-TV (315-784-6488).