If you’re feeling like me, you’re looking for a good superhero movie to fill the void while waiting for Avengers: Endgame to make its way to the theater. (And if you’re like me, you already bought your tickets).

On a random Sunday afternoon, I decided to fill that void by taking a chance on a movie I wasn’t terribly excited about, SHAZAM!

My knowledge of Shazam as a superhero dates back to the poorly acted, produced, directed, filmed, etc., etc. Saturday morning show of the same name.

Same idea. Billy Batson learns an ancient secret and turns into a superhero. But that superhero is actually… CAPTAIN MARVEL! I am not even making that up in the slightest.

According to the Saturday morning show description, Captain Marvel calls upon his team of elders, know as Shazam:

By uttering a single magic word young Billy Batson transforms himself into the world’s mightiest mortal, Captain Marvel. The acronym of the first letters of the names of the six elders who train Billy with their respective special gifts: Solomon, wisdom; Hercules, strength; Atlas, stamina; Zeus, power; Achilles, courage; and Mercury, speed, in a word…SHAZAM!

Knowing this after seeing the the latest DC movie ties a lot more things together for the film – but none of that knowledge is necessary before seeing Shazam.

In the end, I was very pleasantly surprised to learn that DC can make a decent movie other than Wonder Woman. I thought it was fun, funny, violent (man, DC likes their violence), entertaining, and maybe even tiny bit heartwarming. 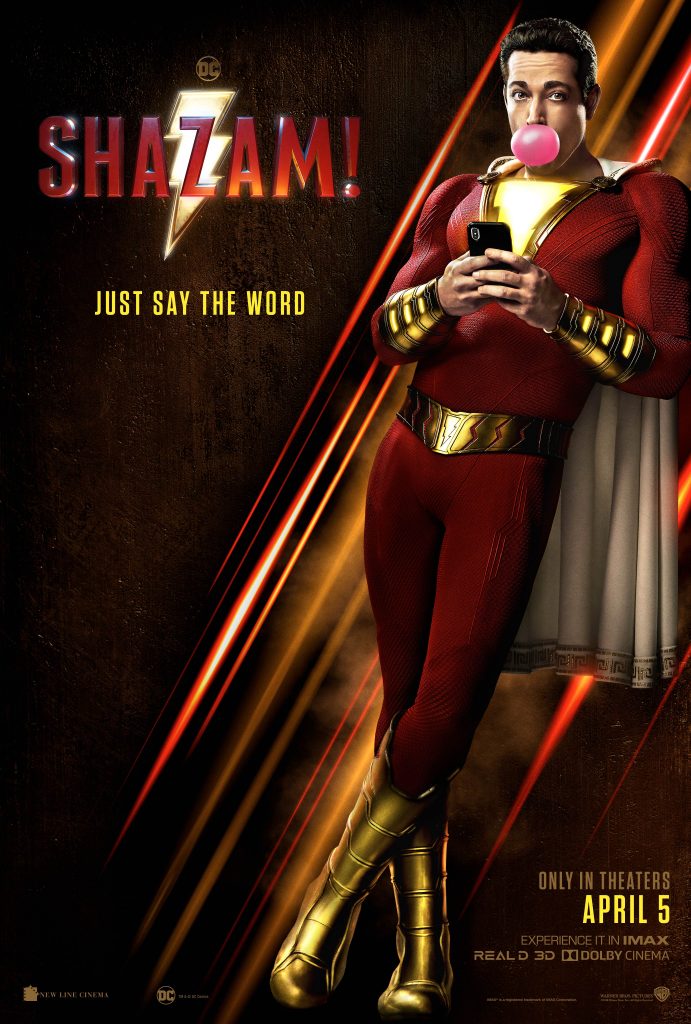